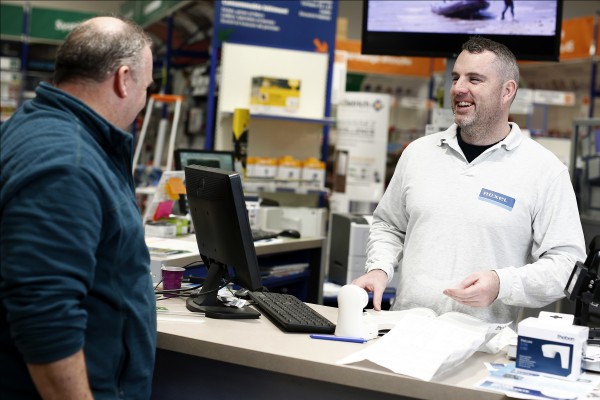 An act of corruption is:

The undue advantage may be financial, or not. The actual or supposed value of the advantage does not matter.

In any event, these are inappropriate or undue advantages intended to influence a decision in favour of Rexel’s business (gifts, travel, improper contract procurement, payments to a tax or customs administration agent to derogate from the laws or avoid penalties, etc.).

For more information: Various terms used in the Code are defined in the Glossary.

Rexel’s corruption prevention policy is part of Rexel’s Ethics and Compliance approach, as reflected in the Ethics Guide.

Rexel refuses any kind of corruption in its business practices.

Violations of probity are unacceptable and inconsistent with Rexel’s values.

Rexel undertakes to respect all the rules applicable to combat against corruption and related offenses, such as the rules of the OECD Convention, the French Penal Code and all French regulations, the US ‘Foreign Corrupt Practices Act’, the ‘UK Bribery Act’ and all applicable laws and regulations in the countries where Rexel is present.

Rexel wishes to meet the strictest requirements of its clients, suppliers, service providers and partners in this respect.

Rexel maintains that the rejection of all forms of corruption is a vector of growth and performance.

THIS CODE APPLIES TO WHOM?

Current laws make attempts and proven facts of corruption and offences against probity liable to prosecution and punishment. In case of conviction, sanctions, such as fines or imprisonment, could concern Rexel and/or its employees.

In addition to the risks of civil and criminal prosecution and civil or criminal convictions, corruption places Rexel at risk in terms of image and reputation, as well as commercial risk and, more importantly, risks destabilising Rexel’s organisation.

Each employee is a full participant in the implementation of Rexel’s policy of preventing corruption.

Any violation of the Rexel code of conduct (the ‘Code of Conduct’ or ‘Code’) by an employee could give rise to disciplinary action up to and including dismissal.

This Code is annexed to the rules of procedure.

HOW IS THE CODE OF CONDUCT APPLIED?

The Code of Conduct is a guide intended to provide employees with baselines to develop high integrity relationships within business relationships.

The Code of Conduct is intended to define and illustrate sensitive or abnormal practices to constitute a reference guide to accompany employees daily.

To help employees understand situations that are sometimes diverse and complex, several illustrative scenarios have been developed in the Code of Conduct; nevertheless, the Code cannot be exhaustive, and acts of corruption are not always easy to identify. You should initially use your own judgement.

Employees who have doubts or need help with the subjects covered in the Code of Conduct are encouraged to approach their Manager or their Ethics Correspondent.

Employees can also contact the local Human Resources, Legal and Compliance departments or those at the Rexel headquarters.

If an employee believes in good faith that a situation may be contrary to the provisions of the Code of Conduct, they may report it under the conditions described in the Ethics Guide using the “Ethics and Compliance whistle-blower alert” available at http://www.rexel.com/en/ethical-alert/.

We should emphasise that any employee who reports a potential violation of the Code of Conduct in good faith will not be penalised for taking this initiative.